IOGP is The International Association of Oil & Gas Producers and is the voice of the global upstream industry. Their members produce more than half of the world’s oil and over a third of its gas. They operate in all producing regions: the Americas, Africa, Europe, the Middle East, the Caspian, the Arctic, Asia and Australia. IPIECA is the global oil and gas industry association for environmental and social issues. Through its member-led working groups IPIECA brings together the collective knowledge and expertise of oil and gas companies and associations. The working groups draw on the skills and experience of international membership and operate with support from a secretariat. 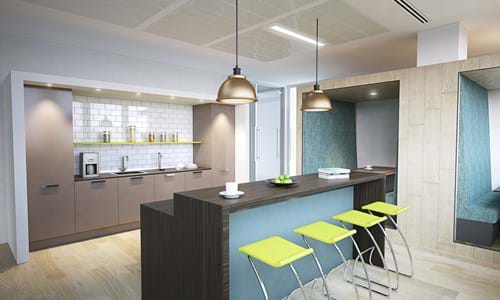 City Tower is located at the heart of Moorgate and holds a striking position in the London skyline. Working closely with the client team, Modus were appointed to design and construct the new London Head Office which allows for future expansion, meets all operational requirements and is in keeping within the IOGP and IPIECA brand guidelines. The brief process was complex, given that 2 companies need to co exist within the same floor plate, but requiring specific, shared areas such as meeting rooms, breakout facilities and reception/concierge services. The design also required separate back office areas for corporate governance.

The seven week project was completed on time and handed over prior to Christmas enabling the team to go live in time for a New Year start!