After months of talking about training, Modus once again teamed up with Savills to take on the Jones Lang LaSalle Property Traithlon at Dorney Lake. 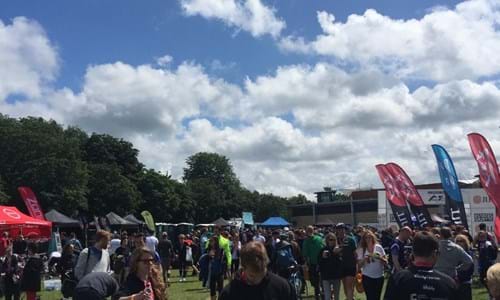 Amongst the 4,000 people competing in Swims, Duathlons, Relay Triathlons and Individual Triathlons, there were 7 flying the Modus flag; 3 from Modus from 4 Savills. Dressed in Lycra and neoprene, everyone completed the event which involved a 750m swim, 22.5km of cycling and finishing with a 5km run.

This year £190,000.00 was raised by all those taking part for Starlight - taking the 10 year raised total from the event to £1.7 million. Starlight, the corporate charity of JLL grants wishes to seriously and terminally ill children and entertains over half a million every year in hospitals and hospices throughout the UK.

We all look forward to taking part again next year and raising more money for a great charity.