Charles River Associates has been a global premier consulting firm for over 50 years. Recognised for their creative and multi-disciplinary approach when advising clients, they are committed to providing strategic advice to major law firms, corporations, accounting firms and governments around the world.

We first met with CRA in 2016 when they relocated to Finsbury Circus. Less than a year later, CRA had experienced significant growth, including an ever-expanding team.

When part of the lower ground floor in their building became available, they jumped at the chance to create more space for their team. 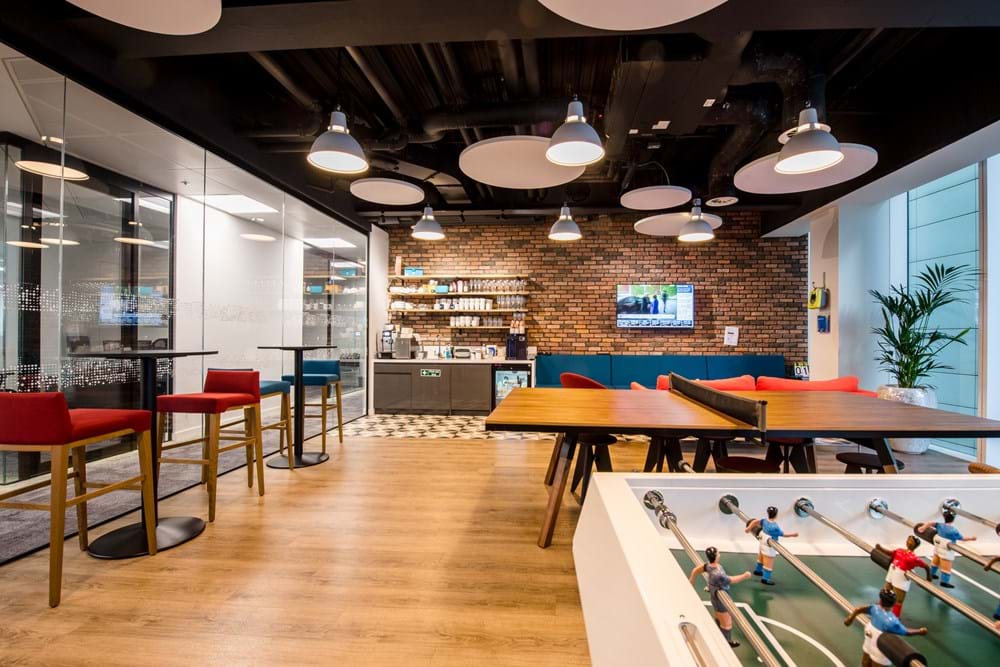 One of the key challenges we encountered was to ensure that the new space didn’t feel disconnected and had the same design cohesion and quality of their first workspace.

A key component of the design brief was that CRA wanted to make sure their hardworking team were looked after with a social and collaborative work environment. Our designers met regularly with their design team and came to the decision to install an interconnecting staircase into the existing breakout area and develop a new games room below. 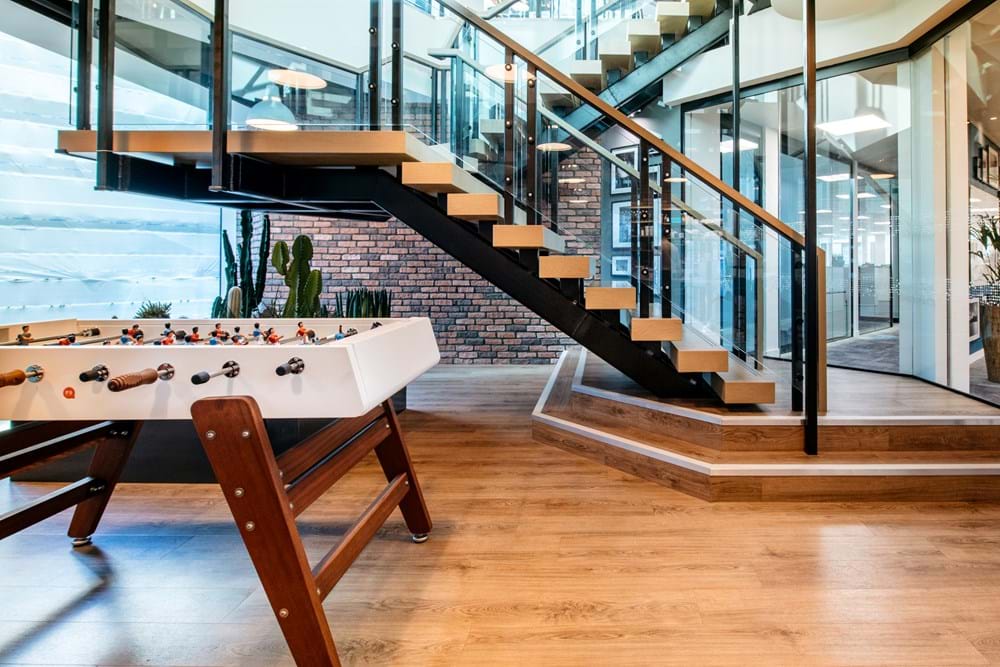 This new, two storied breakout area by our design team engendered different social areas around the space an encouraged socialising, interacting and collaboration between the teams across multiple floors.

Take a closer look at the project here!