The latest studies on office life show enlightening results about the effects of sound, light, activity-based working and more.

The impact of moving to activity based working (ABW) which means providing different types of environments from cafe spaces to breakout areas for people to work in when they are doing different tasks, was studied 1 across multiple offices. The data looked at how well people communicated, how it affected them socially and in terms of the work they did. Though the results showed some decreases in these areas, this was really only short-lived and largely due to the change itself. What did emerge from the results was that it was important to manage change from one work style to another carefully, particularly for people who were used to a very different way of working, in this case those who had previously occupied private offices.

There is a consensus in workplace research that natural light improves workplace wellbeing, productivity and overall human health. Using data from thousands of office spaces in Manhattan, a place where nearly three quarters of office interiors have low daylight, researchers 2 found that even when the architecture of the building and its location were factored in, office tenants still value high daylight levels in dense, urban environments and spaces and will pay 5-6% more to occupy them. 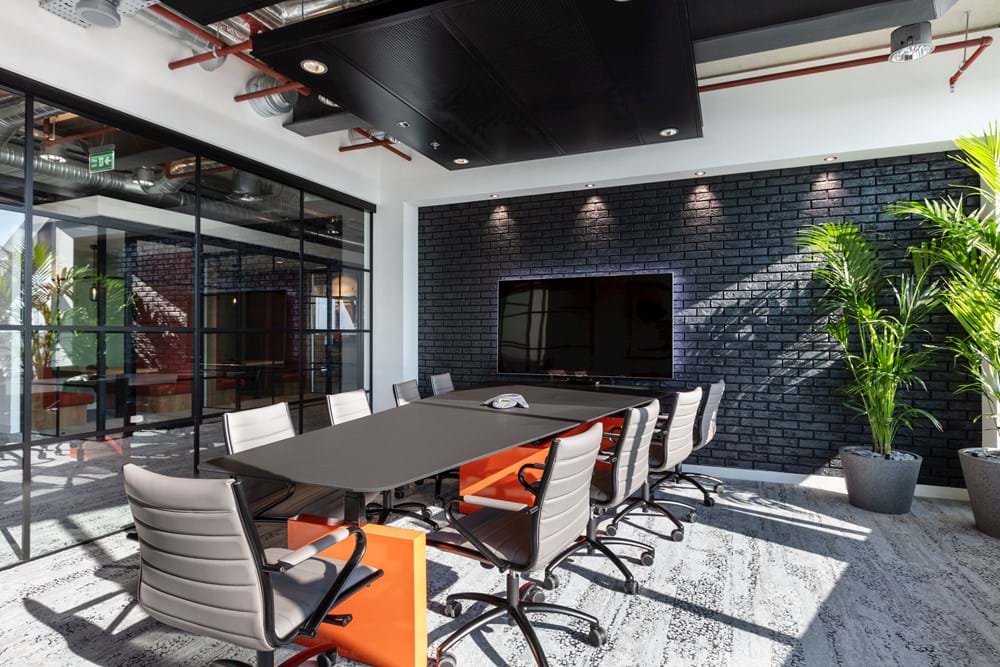 One of the meeting rooms

There are lots of ways to attempt to accurately measure who is in a building at any one time and where they are, otherwise known as occupancy. CO2 sensors, PIR [passive infrared] motion detectors, and plug and light electricity load meters can all be used in workspaces of all sizes from small office designs to large floorplates but it’s actually looking at the devices that use the office WiFi that really gives the most accurate picture, according to recent research. 3 And the good news is, this is the most unobtrusive and cost effective way of obtaining and measuring occupancy data, which could be a vital tool in space planning.

Behind the sound mask

Researchers 4 spent six months looking at the effects of sound-masking systems which are meant to combat fatigue and symptoms associated with workplace wellbeing. They used activity-based working to create zones for 83 people across a 500 metre space, which could be individually ‘sound masked’. People working in this space were separated by 1.4 metre tall sound-absorbing screens and sound absorbing panels measuring 1 x 1 metre and 2 centimetres thick were suspended from ceilings above workstations. Interestingly, the results of the study found that using such sound masking systems, which essentially use ambient sound to distract from noises in the office such as people talking, didn’t really have much improvement on how people felt. Although the level of sound from colleagues’ conversations was perceived to be lower, office workers were still annoyed by the noise. Before splashing out on such systems, especially during an office move, the report recommends looking at elements of an office interior such as the acoustic quality of the room, the layout of the workstations and the activities that take place there.

Data from over 400 employees at an engineering company was analysed to judge the effects of break out areas in an office. In this case the break out spaces were circular tables with between four and six chairs. These spaces were non-bookable and typically located between rows or clusters of desks, without any surrounding walls or acoustic screens. The spaces were designed to be convenient places for ad hoc discussions and impromptu informal meetings between colleagues. The benefits derived from having break out areas included better communication in the office, higher job satisfaction and lower employee turnover and absence. 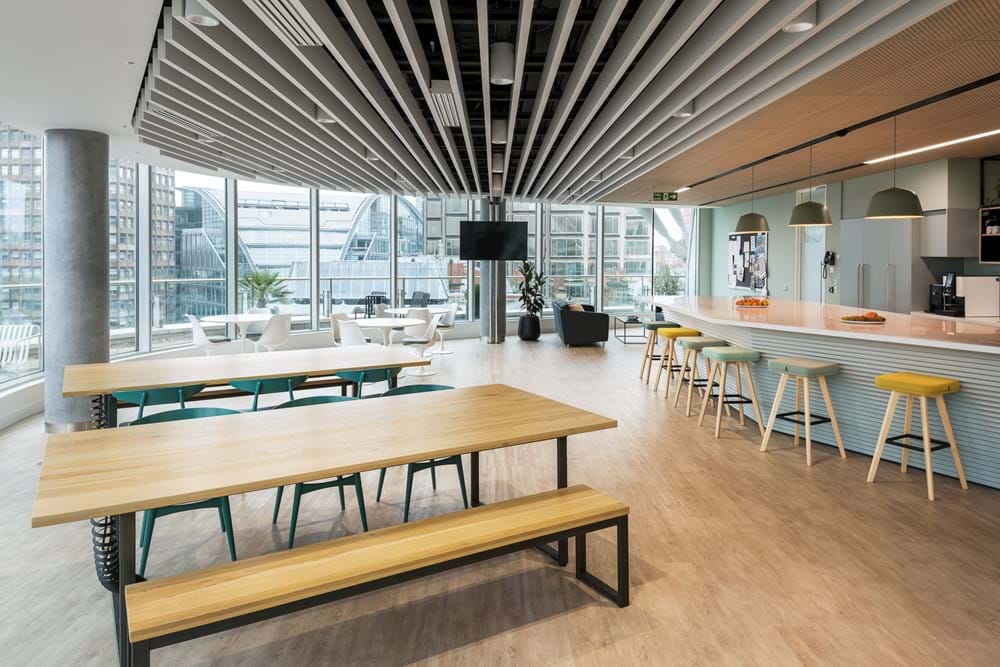 The main breakout area at GIP

Though there might initially seem little in common with a spacecraft and a large or indeed small office design, the findings from research 6 into how people live and work in such isolated, confined and extreme environments (ICE) make interesting reading. Shared spaces, the research showed, should allow opportunities for colleagues to work individually and come together as a group for work activities or indeed recreational ones. What’s important for space planning in this instance is that teams are able to share information, foster trust and communicate well e.g. so everyone can see each other and any shared screens or whiteboards are visible. Personal space and privacy: being able to separate visually and block out any sound was also important for workplace performance and wellbeing.

This article is based on a research piece ‘Sound, Wi-Fi and breakouts: new research sees the light of day’, authored by Sally Augustin, a practicing environmental design psychologist based in Chicago, for WORKTECH Academy. Workplace Futures Group is a Corporate Member of the Academy, which is a global online platform and membership organisation for the future of work and workplace 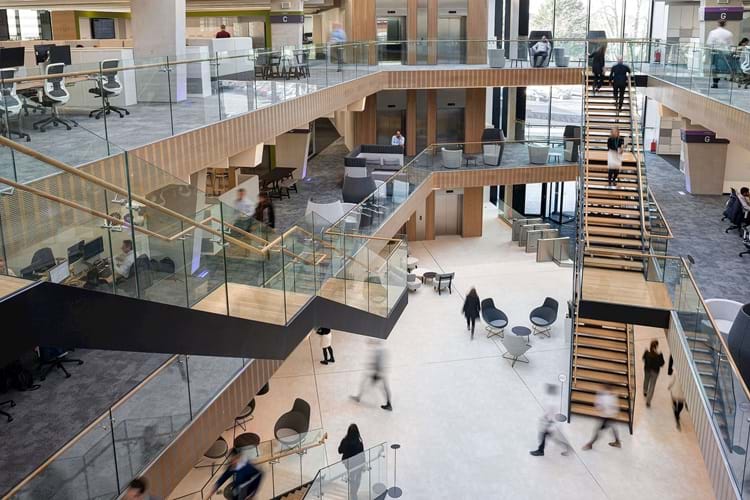 Modus is committed to helping businesses during this unprecedented time. For useful information on re-entering the workplace and updates on COVID-19, please visit our resource centre.