Better in wood? The scientific evidence holds a grain of truth

Could the visible presence of wood grain in the working environment improve comfort, boost creativity and lower fatigue? Cognitive scientists are making the case Here’s what research scientists have discovered in linking the visibility of wood grain to positive psychological outcomes. For workplace designers, there is a clear message about the benefits of wood-lined environments.

Use of natural materials, such as wood with visible grain, is an important tenet of biophilic design and humans are extremely comfortable in biophilic-designed spaces (Kellert, 2012).

In 2010, a doctoral dissertation project by Canadian researcher David Fell indicated that ‘wood provides stress-reducing effects similar to the well studied effect of exposure to nature in the field of environmental psychology’. As a result, ‘wood may be able to be applied indoors to provide stress reduction as a part of the evidence-based and biophilic design of hospitals, offices, schools, and other built environments.’  Wood has the advantage of being usable in a range of spaces, even ones where nature views are unavailable or plants would die, for example. 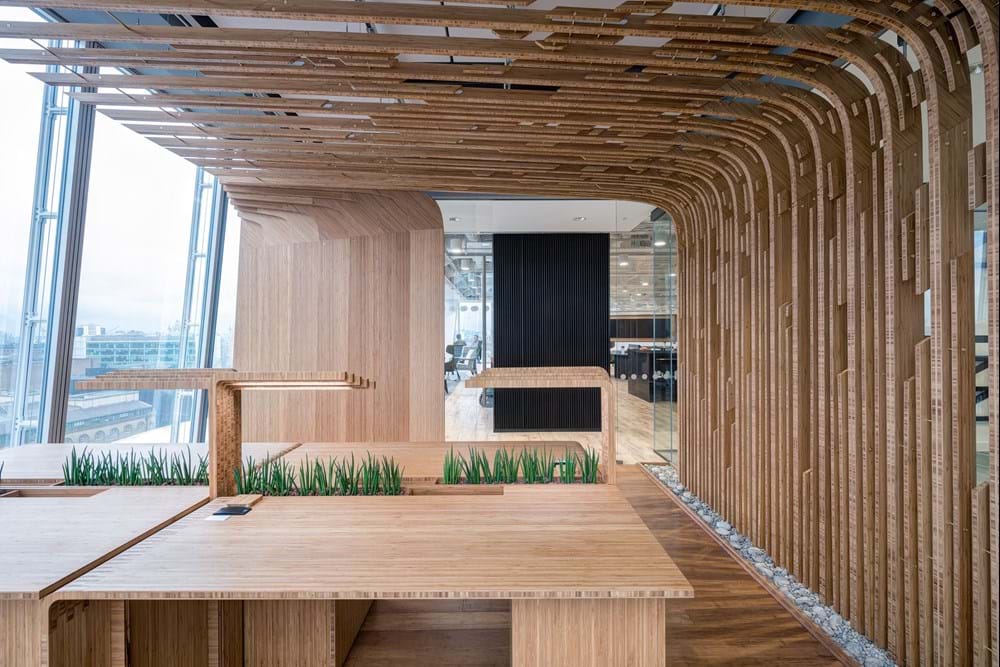 Integrating several streams of research indicates that covering about 45 per cent of surfaces in an area with wood is best.  Tsunetsugu, Miyazaki and Sato (2007) measured blood pressure in rooms where zero per cent, 45 per cent or 90 per cent of surfaces were covered with wood with visible grain. Measured blood pressure was lowest in the space with 90 per cent visible grain, but the spaces with 45 per cent wood were preferred by study participants and felt to be the most comfortable places to be. 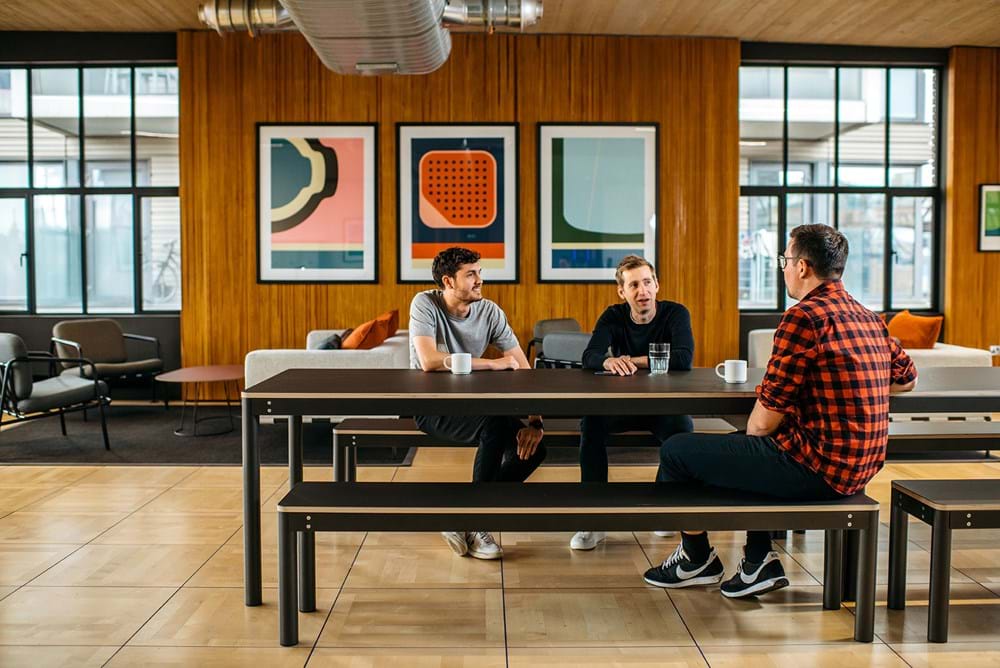 Wooden surfaces can have positive consequences in auditorium-type spaces.  Gade (2015) reports that ‘Certain features regarding hall design are often expressed by musicians. Halls with exposed wooden surfaces are often well liked, probably because wood is being associated with warmth and resonance as is the case with the wooden body of stringed instruments.’  More from Gade: ‘Besides the influence of acoustics on the perceived tonal colour, one cannot neglect a coupling between our hearing and vision. For sure our impression of tonal colour will also be influenced by the colours we see in the hall. Deep red or brown (wooden) walls will probably “sound” warmer than pale green walls—illuminated with “cold” neon lights.’

The published research is clear: when surfaces with visible wood grain can be added to a space in an environmentally responsible way, positive effects on wellbeing and performance are likely.

This article is based on a research piece 'Better in wood? The scientific evidence holds a grain of truth’ authored by Sally Augustin, for WORKTECH Academy. Workplace Futures Group is a Corporate Member of the Academy, which is a global online platform and membership organisation for the future of work and workplace design.